Welcome to the Shire of Troll Fen! We are the Lafayette, La chapter of the Society for Creative Anachronisms (SCA). We are a part of a nonprofit, worldwide organization that recreates the look and feel of Europe during the Medieval Ages. We are not a LARP group, nor are we associated with a RenFaire. We are a group of individuals that enjoy trying to relive the Dark Ages with close historical accuracy and many modern conveniences.

What exactly IS the SCA?

The origins of the SCA are traced to a backyard graduation party of a UC Berkeley medieval studies graduate, the author Diana Paxson, in Berkeley, California in 1966. The theme of the party was a “Grand Tournament” in the fashion of the last great tournaments of old in which the participants wore period costuming, motorcycle helmets, fencing masks, and whacked away at each other with makeshift weapons including plywood swords and padded maces. The festivities ended with a parade down Telegraph Avenue with everyone singing. It was to be a “protest against the 20th century.” The party was such a hit that each person told friends and another party was held the following weekend. The SCA still measures dates within the society from the date of that original party. When the group needed an official name in order to reserve a park for a tournament, early participant and science fiction author Marion Zimmer Bradley offered the name “Society for Creative Anachronism”. Bradley moved in 1968 to New York and founded the Kingdom of the East. That summer a tournament was held to determine the first Eastern King of the SCA. That September, a tournament was held at the 26th World Science Fiction Convention, which was in Berkeley that year. A Handbook for the Current Middle Ages was made for the convention. It was a how-to book for people wanting to start their own SCA chapters. The book sold and the idea spread. Other local chapters began to form based on the ideas of the book. In October 1968, the SCA was incorporated as a non-profit corporation in California. The SCA’s three original kingdoms had been established by late 1969. They were known as the West Kingdom, the East kingdom, and the Middle kingdom. Today there are 19 kingdoms around the world. All SCA kingdoms trace their roots to these original three.

To find your local SCA group, please click the image. 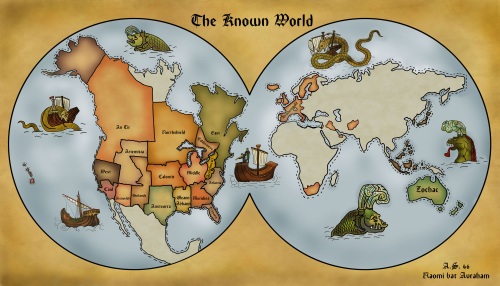 Click here to visit the home page of the SCA. It’s packed full of great information and links. For more information on the SCA, please go to http://www.sca.org/

Gleann Abhann is the kingdom in which we reside. It consists of Louisiana, Mississippi, Arkansas, and parts of Tennessee. For more information on Gleann Abhann, please go to http://gleannabhann.net/

This is the recognized web site for the Shire of Troll Fen of the Society for Creative Anachronism, Inc. and is maintained by THLord Sebastian Martinez de Leon. This site may contain electronic versions of the group’s governing documents. Any discrepancies between the electronic version of any information on this site and the printed version that is available from the originating office will be decided in favor of the printed version. For information on using photographs, articles, or artwork from this web site, please contact the Webminister at Webminister@troll-fen.org. He or she will assist you in contacting the original creator of the piece. Please respect the legal rights of our contributors.

Copyright © 2022 Shire of Troll Fen. The original contributors retain the copyright of certain portions of this site.